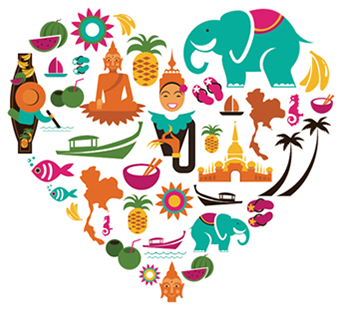 Songkran is Thailand’s New Year, which occurs between April 13-15, 2016. And just like in America, we want to hear what your New Year’s resolution is (although Thailand’s New Year’s happens 4 months after the one in the U.S.) and reward you with a trip to Bangkok, Thailand! All you have to do is share your #SongkranStory on Twitter or Instagram.

The Songkran festival is celebrated in Thailand as the traditional New Year, and a typical routine to celebrate Songkran usually begins with merit-making in the morning and visiting local temple and offering food to the Buddhist monks are commonly practiced. Pouring water on Buddha statues is considered an iconic ritual for this holiday – it represents purification and the washing away of sins and bad luck (similar to how Western New Year’s resolutions are to be symbolic for a fresh start). We also make a promise (or resolution) to live healthier in Thailand.

ROUND 1 is officially over, and now it’s time for you to vote!  See below for details.